Palermo is the capital of Sicily and the fifth biggest town in Italy with a surface of 158 km2 and a population of about 700,000. Palermo is located in the artificially irrigated plains of the Conca d’Oro and is flanked by hills.

Tourists flock to its magnificent monuments dating back to the Arab and Norman dominations, such as churches, palaces, baroque and renaissance buildings, and wonderful mosaics. The city centre is a mix of Norman and eastern architecture, parks and historic gardens. In Palermo you can also find a bit of Africa thanks to its souk-like markets which are quite popular here.

A long and eventful history

Palermo was founded by the Phoenicians in the VII century BC and served as a transhipment point for trading. A milestone in the history of the city is the construction of a port called Panormos by the Greeks. Later the city was conquered by the Romans and then occupied by the Vandals and the Ostrogoths. In the course of its history, the government of Palermo passed through several dominations until it was conquered by Garibaldi who, in 1861, added it to the Kingdom of Italy. Since 2015 the city is part of the UNESCO World Heritage.

An exotic city that will enchant you

Palermo is a lively city with an awful lot to offer. Its palmtrees, weather, tropical vegetation, exotic features and sea air will surely fascinate you. The exotic charm of the city and of its monuments is one of the main reasons why Palermo is so popular.

The most important places in Palermo are located downtown, in the four neighbourhoods of Albergheria, Capo, Vucciria and La Kalsa all linked together by the Quattro Canti square, an important landmark for the whole city.

What are the most beautiful places in Palermo? They are countless…

One of the most charming monuments is San Giovanni degli Eremiti (St. John of the Hermit Order), a church featuring several Arab elements, such as its five domes, and a beautiful cloister. Another impressive church is the XII century’s cathedral with its Norman architecture. Entering the church is free of charge and definitely worth it. Fredrick II is buried here.

The Palazzo dei Normanni (Norman Palace) or Royal Palace of Palermo stands on a hill and was built by the Arabs in the IX century becoming the most crucial place in town also for art and culture. It is the seat of the Sicilian Regional Assembly hence the number of visitors admitted is limited.

The top tourist attraction in Palermo is the Palatine Chapel, a real gem where marvellous mosaics, marble, gold and gemstones abound. The chapel’s beautiful ceiling decoration is called muqarnas, a decorative device resembling stalactites, a typical feature of Islamic buildings which is quite rare for a Christian church. If you want to be sure to visit the chapel, beware of long queues and try to be there early in the morning.

Popular markets and the botanic garden

Palermo is also famous for its street markets, mainly located in the district of Alberghiera. In the alleys you will find fresh vegetables and fish, countless of spices and other products. The most lively and ancient market is the Market of Ballarò, followed by Piazza del Carmine. Sicilians enjoy themselves at the market and often find the time to play dice and sit down for a while.

If you feel like taking a break from the noise of city, the Botanic Garden is the right choice for you. It is located to the east of the railways station and it has a surface of 10 hectares with a wide range of flora from all over the world. This garden is considered one of the best in Europe.

Palermo will fascinate you thanks to its monuments but also because of its beautiful tiny streets and the lively Italian way of life you will experience. After the hustle and bustle of the city, a lovely and peaceful walk by the port or along the coast will surely please you.

Enjoy a memorable holiday
on a sailboat in the Mediterranean Sea

In our offer, you will find sailing ships GAIS CHARTER s.r.o. and SOLUTION S.r.l.

Our staff at the Marina speaks Czech, English and Italian.​

We will also be available after the delivery of the sailboat!

Do not hesitate to contact us if you need help with the selection of the sailboat. 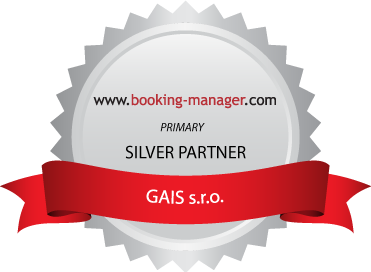 Marketing a web od: bubak.cz
Cookies
This website needs your consent to the use of individual data in order to be able to show you information concerning your interests, among other things. Click "Accept all cookies" to give your consent.
Settings
Decline
Accept all cookies
Cookies - settings
Here you can customize cookies by category, according to your own preferences.
Technical cookies
Technical cookies are essential for the proper functioning of the website and all the functions it offers. They are responsible, among other things, for storing products in the cart, displaying the list of favorite products, applying filters, the purchasing process and saving privacy settings. We do not require your consent to the use of technical cookies on our website. For this reason, technical cookies cannot be deactivated or activated individually.
... show more... show less
Analytical cookies
Analytical cookies allow us to measure the performance of our website and our advertising campaigns. They are used to determine the number of visits and sources of visits to our website. We process the data obtained through these cookies in a summary manner, without the use of identifiers that point to specific users of our website. If you turn off the use of analytical cookies in relation to your visit, we lose the ability to analyze performance and optimize our actions.
... show more... show less
Advertising cookies
Advertising cookies are used by us or our partners so that we can display suitable content or advertisements both on our website and on the websites of third parties. Thanks to this, we can create profiles based on your interests, so-called pseudonymized profiles. Based on this information, it is usually not possible to immediately identify you, because only pseudonymized data is used. If you do not agree, you will not receive content and ads tailored to your interests.
... show more... show less
This website needs your consent to the use of cookies in order to display information in accordance with your interests.
Save settings
Decline
Accept all cookies